2400 orienteers head for the 2012 Jan Kjellstrom Orienteering Festival in Scotland over Easter, including 125 from Ireland.  The four-day competition features an urban sprint race in Livingston, a "new town" near Edinburgh this year celebrating its 50th birthday, then two individual races at Dunalastair, near Pitlochry and Craig a Barns near Dunkeld, and a relay at Newtyle, also near Dunkeld. It doesn't seem like a year ago when many of us were involved in JK2011 in Northern Ireland, but it will be good to just go and run.

Jan Kjellstrom was a young Swedish orienteer who helped establish the sport in Britain, son of Alvar Kjellstrom, one of the founders of the Silva compass company. He was killed in a car accident in early 1967 and the JK was established that year in his memory.

Interest has been heightened this year since the announcement that the 2015 World Championships will be in Scotland so many orienteers from around the world are taking the opportunity to race and train in the area. Both the Irish Senior and Junior Squads are staying on after the events for some Scottish terrain training.

Craig a Barns is famous as the scene of the first Scottish Championships way back in 1962 and was the first area specially mapped for orienteering in Scotland. It offers big crags, rough runnable forest and typical Scottish terrain. It's just across the valley from Birnam Wood (remember Macbeth?).

JK2012 is one of two selection races for the Junior World Championships (JWOC) in Slovakia in July and for the European Youth O-Champs in France in June/July, so interest in the juniors' performance will be keen.

Also on the JK agenda is Trail-O and the LVO triumvirate of Alan Gartside, Wilbert Hollinger and Declan McGrellis will be flying the flag there. As the World Trail-O Championships are also in Scotland in June, this will be a useful outing for them. Declan was 3rd and  Alan 5th in the Open class in the British Trail-O Champs on Anglesea on St. Patrick's weekend.

The JK Trophy itself is awarded for the Relay and again, several Irish teams will be running: CNOC, LVO, Ajax, Cork and 3ROC are expected to field strong teams, though they are unlikely to dislodge the top British and international teams.

The forecast for Easter is for cold wintry conditions (10 cm of snow in parts of Scotland) and the added uncertainty of a possible fuel tanker strike should all add extra challenges.

If you like to plan ahead, JK2013 will start on 29th March in the Chiltern Hills, west of London.


Irish Championships Update
We are now into the final phase of preparation for IOC 2012 in Kerry on the first weekend in May. Bishopstown Orienteers have reduced the entry fees and the current Adult rates are €27 per day for the Middle Distance, €30 for the Classic and €80 for a relay team. Not cheap, but not as high as the initially proposed levels, and you're just still in time to enter.
The areas, sand dunes at Castlegregory, Inch and the Maharees on the Dingle Peninsula, will provide very intricate contour-orienteering in very scenic surroundings and I hope that, while the initial negative response to the event caused by the high entry fees may reduce the numbers, it won't diminish the status of the event.

The IOA Annual General Meeting will also be on the IOC weekend.  Details of IOC are here.


Entry reminder
Not going to IOC? Then remember the Irish 3-Day on the June Bank Holiday (2-3-4) weekend, based at Oughterard in Co. Galway: a short race with late afternoon starts on the Saturday. The word is that it's like Inishbofin (fast, open, complex, fun). Cheap entries until April 27th. Details here.

The Leinster Mountain Bike Orienteering series is hanging in the balance, with only Setanta's event at Djouce confirmed for May 13th. Leinster clubs have been invited to run an event to tie in with the SET outing but not much has happened as yet - another reason for re-establishing the three provincial Regional Associations?

April events
In addition to JK 2012, the last two Leinster Spring league events are in April: Three Rock on 15th and Mullaghmeen, Co. Westmeath on 29th. April also sees five different types of league events in Munster. In the North there's a sprint at Castlewellan on the 14th, and evening event at Florencecourt on the 17th, a training event at Portglenone on the 21st and a Colour Series at Slievenagiore on the 28th (pay attention, prospective VHI Team members!). The IOA list is below, but check it against the current one if you plan to travel.


CNOC evenings announced
Curragh-Naas OC have announced their 2012 Summer Series (do they know something about the weather that we don't?) of evening races, always popular with Leinster orienteers. The events are on Tuesday evenings starting on May 15th at  Lumville on the Curragh, then Donadea (May 22nd), Hillwood, Monasterevin (May 29th), Sunnyhill, Curragh (June 12th) and Hollywood, Co. Wicklow (June 19th). 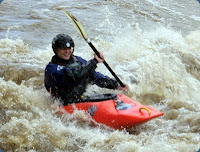 When orienteering started here back in the '60's it was closely associated with what were called "adventure sports" like rock climbing, canoeing, mountaineering, hang gliding and scuba diving.  Orienteering was one of the core sports of AFAS, the Association for Adventure Sports, and the national outdoor centre at Tiglin, Co. Wicklow (now a centre for TCI, Teen Challenge Ireland, dealing with young homeless people or ones with addiction problems). The earliest orienteers like Joss Lynam, Seán Rothery or Paddy O'Leary could be found in the forest one weekend and rock climbing in Glendalough the next: a wet weekend was a cue for the canoeists to take a day off work to shoot the rapids on the Avonmore.
With the current popularity of adventure races, there is a new generation of people out there who enjoy this kind of stuff, although maybe it has to be dressed up in flashy clothes and charge a large entry fee for an adventure race.
Navigation is a key part of these races and there's an opportunity there for orienteering to grab some of these keen people. The CNOC events with an "adventure course"; the NIOA running navigation training for adventure racers; the British Orienteering colour event specifications including things like long orange courses for those who want a run but whose navigation isn't up to a very technical course: we should cater more for these and gradually reel them in to the best sport of all!

Course Planning Course
Course planners from around the country attended the IOA Course Planning meeting in Dublin on Saturday 31st March. Graham Nilsen, controller of one of the days of the JK last year, and IOA Technical Officer Harold White gave the presentations and there was a practical session on the Ajax map of the Bull Island, used for a Leinster league event the previous Sunday.
Graham focused on the technical difficulty standards for different courses and ensuring that the participants at events got a course that was right for them: easy for beginners and progressing to more difficult. He also looked at planning for different types of courses (sprint, middle distance and long) and illustrated his talks with examples from his long career as a planner and competitor.
Harold gave a preview of what is being considered for a revision of the IOA Rules relating to Championship events - have we got the winning times in the rules right or should we change them? To what extent to planners abide by the existing guidelines anyway, and how do you cope with changes in conditions (faster or slower running underfoot) between planning the courses and running the event?
We all went away with food for thought and a greater appreciation of what course planning can achieve.
Graham, incidentally, is the author of the British course planning book (read it here) which, though the courses don't exactly coincide with ours, is very relevant and worth reading. Here is a section on planning the technically difficult courses, for example. Here is Appendix B from the British rules dealing with course planning. Graham reckoned that TD3 (technical difficulty 3) courses like Orange and TD4 (Light Green) can be the most difficult to plan, so here is the section referring to Orange and Light Green courses.
This course was due to be held in Dublin in December 2010 but was snowed off.
Posted by John McCullough at 21:44