2011 Events Preview
Here we are at the start of possibly the biggest year ever in Irish Orienteering: as well as all the usual highlights, we have a week full of outstanding competitions in April and May with the Jan Kjellstrom and the Irish Championships back to back. Online entries are open for both competitions and cheap entries are still available - don't forget to enter!
As well as some great competitions at home (regional championships, Junior Home International, Shamrock O-Ringen), there's the World Championships in France, the Scottish 6-Day and many other big competitions. Here we preview some of the year's activities.
This feature is being added to day by day, so do drop in from time to time to see what else has been added!


Ireland
The 2010 Munster Championships are at Rossbeigh, Co. Kerry on 6th March (postponed from last Autumn), doubtless running the 2010 age classes. The Leinster Championships in April return to the Glencree area of Wicklow where GEN are hosting the event on the 3rd. Hot on the heels of the Leinsters we have the Jan Kellstrom O-Festival 2011 in Belfast and Co. Down. If you've never been to the JK, British Orienteering's premier event, now is your chance. Details here. No planes, no ferries, no hassle: the organisers are even laying on buses to the events for anyone who isn't travelling by car. Training, Sprint-O at Stranmillis in Belfast, classic distance races on the dunes of Tyrella and the slopes of Slieve Croob (scene of IOC'86), followed by relays again at Tyrella, plus Trail-O, then colour events during the week and training at Carlingford and Scarr on the way to Ajax's Irish Championships on the Dublin/Wicklow border. See here. What a week!
Then, on June 4-5-6 we have Cork Orienteers running another Shamrock O-Ringen on the wonderful Sheep's Head peninsula of West Cork, with Setanta's 24-hour Rogaine in Wicklow on June  25th. Shamrock entries close on May 6th but may be closed earlier if parking etc becomes a problem, so enter early!
After the summer, the Junior Home International is in Fermanagh in September, then the 2011 Munster Championships on October 30th and the Connacht Championships on November 27th - more details of these closer to the time. Two Munster Champs in one year - is this a record?

A great place to start your search is at the World of Orienteering website here. If you prefer things on the printed page, you need to subscvribe to the excellent CompassSport magazine (see here), which publishes event information and an annual review of major events.

Orienteering travellers will be interested in the Scottish 6-Day at Oban on July 31 - August 6th. Details here. This is one of the more popular holiday events with runners from all over Europe, and is pretty accessible by plane or ferry. Scottish terrain is challenging and varied, with open mountainside, natural forest and plantation, with great competition in every class and plenty to do when not orienteering.
Apart from this, there are major events around the country and details are all on the British Orienteering web site here. They include National Events in Norfolk on 19/20 February (incorporating the Midland Championships), the Southern Championships near Henley on March 13th, the Northern Championships near Newcastle on March 27th, British Championships at Sheffield on May 14th/15th, and the Scottish Championships near Comrie on 27th May.
The City of London race (run in streets and parks but longer than a sprint) is on 10th September and is acquiring a reputation as a "must-do" event, rather like the Venice street-O. Details here.


Europe
At the top of the orienteering tree is the World Championships, this year in France in August. WOC2011 10-20 August, Savoie Grand Revard, near Chambery in SE France. Details here. There's a series of open events on during the WOC from August 14-20th - details here. Cheaper entries are available before May 1st but beware - the rules in France state that you have to have a recent medical certificate in order to compete there.
Earlier, we have the Portugese O-Meeting on 3-8 March, this year inland (last year's was close to the coast). Details here. It's around Portalegre on the east side of Portugal but unfortunately it doesn't coincide with the schools mid-term as it's tied to the start of Lent. It's followed by a World Ranking event at Evora, near Lisbon, on March 11-13. Details here. Curiously, there's another WRE in Spain on the same days, near Valencia. See here. Allan Bogle's "Active Canaria" are running training on Grand Canaria  there's a 3-Dayon February  11-13: details here.
Further north, the Spring Cup in Denmark marks the end of hibernation for the Scandinavians and is popular with Irish and British runners. The three day competition at Roskilde features a night relay, night sprint, individual and relay races on March 21-23. Details here.
If you'd prefer something a bit warmer, the Mediterranean O-Champs is on at the same time in Sicily with all the events close together. Details here.

One superb orienteering area is around Asiago in Trentino, northern Italy, where the Highlands Open and Italian Middle Distance Championships are on 14/15 May, with a training camp during the week before it. See where John Feehan runs! Details here.
Moving towards the summer,and just after our own Shamrock O-|Ringen, you might be tempted by the Belgian 3-Day on June 11-13 near Charleroi (Ryanair). A week later, the Jukola 7-person overnight relay in Finland, is at Salpa, 15 km from the Russian border and only 2 hours from St Petersburg. They expect 16000 runners and 40000 visitors: a fantastic weekend.
July is peak season for multi-day holiday events, and Kainuu Week in Finland may be worth a look. Its on July 3-8 at Kuhmo, but it's 600 km from Helsinki. More realistic is the Finnish 5-Day Fin-5 from July 11-16, only 50 km west of Helsinki. The O-Ringen (Swedish 5-Day) is at Mohed in Halsingland (250 km north of Stockholm) from July 24-29: is it the biggest sporting event in the world? There is a large choice of classes and competition types: teams, kids, beginners etc, so there's something for everyone, not just the elites. Details here.


Elsewhere
For those of you in the Defence Forces, the CISM World Military O-Championships are in Brazil in July, as part of the World Military Games. Details here.


Mapping Meeting
Club Mapping Officers were invited to a LIDAR/GPS workshop on Saturday 15th January 2011 at Lumville House, The Curragh, Co. Kildare. The workshop covered the use of LIDAR and GPS in the production of orienteering maps. The IOA LIDAR project, which involves the procurement of LIDAR data, was explained, with a practical demonstration of its application along with the use of GPS devices, plus a discussion on the map registration process and a proposal on how the current system can be improved. I hope we'll get a report on the meeting for you to read.


IOC Sprint Race - A Missed Opportunity?
With a fantastic week's orienteering in store at the end of April, starting with the JK and ending with the Irish Championships, what a pity that nobody has undertaken to run an Irish Sprint-O Championships. The JK Sprint race at Stranmillis in Belfast will kick off the JK Festival, but  wouldn't it be great to have an Irish Sprint Championships the following Friday to launch IOC2011?
Belfield campus in Dublin would be a great location, as there's an existing map and a good range of terrains from buildings to open land and forest. Would it need an ISSOM map or would the existing map be enough?
Sprint-O races are great spectator events and give an intense mental and physical workout where tenths of seconds can make all the difference between podium and odium.
Any takers? There's still three months to go ...


New International Rules Published by IOF
From January 1st 2011 there are new rules for international orienteering events. You can read them on the International Orienteering Federation web site here. These rules will also form the basis for national rules in member countries.
Posted by John McCullough at 23:15 No comments: 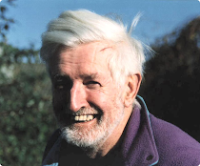 Joss Lynam was one of the founders of Irish orienteering back in the 1960's. Before that he had been a founding member of the Irish Mountaineering Club and the Association for Adventure Sports (AFAS). He spent a lifetime working for outdoor activities and adventure sports, taking up kyaking in his '40's, climbing in the Alps and the Himalaya, writing multiple guidebooks to mountaineering and hillwalking in Ireland, editing the IMC journal "Mountain Log" for many years.
No doubt there will be many eloquent and glowing tributes to Joss, but for my part I came to know him first through AFAS and our respective editorships of the mountaineering and orienteering newsletters. Joss was ahead of his time in buying an early Macintosh computer back in the early '80's and I followed suit after seeing his.
He had a comprehensive collection of books and maps and was always happy to share his knowledge. I had enormous respect for him: the effort he put in to keeping Tiglin Adventure Centre running on a shoestring, the enthusiasm he showed for projects like the long distance walks and other Sports Council projects was remarkable.
In orienteering terms Joss was a well known face at events in Leinster and further afield; as an engineer he had an interest in surveying and put his skills to good use to produce some of our earliest orienteering maps and the first colour O-maps in Ireland.
Joss was a founder member of Irish Orienteers, the original Irish O-club, and later of Three Rock OC whose AGM he, and his wife Nora, rarely missed. He was recently in touch about the annual Christmas Score event run by 3ROC to apologise for not being able to help.
Joss's orienteering legacy lives on through his daughter, Ruth, the IOA Junior Affairs Officer, and her sons Ruairí and Conor Short.
Our sympathy goes to his wife, Nora, daughters Ruth and Clodagh and their families.
Joss died on 9th January 2011. May he rest in peace.
Posted by John McCullough at 23:26 2 comments: