Sprint for the Juniors
The second of the Campus Sprint events in support of the Junior Squad is on Saturday December 7th at Albert College and DCU in Glasnevin, Dublin. Kieran Rocks has planned two courses of about 2.2 and 2.9 km (straight line distances) starting and finishing in the park but mostly on the Dublin City University campus. Start times from 11 to 1 pm at Hampstead Avenue off Ballymun Road.
There will also be sprint events in Cork, Belfast and Limerick, with the proceeds going to the irish Junior Team. See more details here. You can register online here, or just turn up on the day.
Come and sprint for the Juniors!
(You can read about some Junior activity here, where Robert Pim, Zach O'Sullivan-Hourihan and Caoimhe O'Boyle went training with the top British juniors in the Lake District recently). 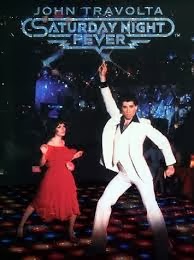 Night-O starts
The weekend of December 7th/8th is a busy one for orienteering, with the first of the Dublin by Night events on Saturday at Carrickgolligan, between Kilternan and Shankill, Co. Dublin. Two courses,start times from 6 to 7 pm. See details from the organisers, GEN, here.
For night-O fans, there will be more night events at Phoenix Park (January 4th), Glendoo (January 11th), Massy's Estate (January 18th), Tolka Valley Park (January 25th), Rockbrook Park School (February 1st) and a CNOC event on February 8th. Kerry Orienteers are also running one at Knockreer, Killarney, on February 15th.

Looking forward, the  Northern Ireland Night Champs are on February 22nd at Loughrey Campus, Cookstown, Co. Tyrone.
There has been some discussion on the IOA Forum about night events: how technical should they be? Would people travel further for more technical challenge or would they prefer easier to get to events that maybe aren't as challenging? What would you like?
So, say goodbye to Saturday Nights!
As an aside, the night event planned by Allan Bogle for 5th December at Loughermore had to be cancelled because of the storms and the exposed terrain.

Also on the weekend of 7th/8th December, Waterford Orienteers are launching their new map of Kilkenny Castle with a South east Short Course League event on Sunday 8th.

Leinster revives
A groundswell of support for the revival of the dormant Leinster Orienteering Council has resulted in a planned meeting on December 12th after the presentation of the Autumn Series league prizes at BaseCamp in Middle Abbey Street in Dublin. See details on the new IOA Forum here.
Priorities are fixtures co-ordination and more cooperation between the clubs to promote the sport by running series of local events.

Jon Musgrave comes to Hillsborough
Jon Musgrave- one of the UK's top coaches and silver medal winner from WOC 1993 - is coming to Hillsborough on 14-15th Dec to hold a coaching workshop. The weekend is designed to be beneficial to both athletes and coaches.
The Saturday session is aimed at juniors/ beginners and those that are interested in coaching at that level. The Sunday session is for older more regular orienteers and those that would like to coach at that level.
Basically if you orienteer- or would like to start orienteering- then this is the perfect weekend for you!!
NIOA Coaching Officer Allan Bogle needs to know if you are interested in coming. See more details here.
O-bits
See the short promotional video for orienteering (and particularly for the Swiss brothers Martin and Daniel Hubmann) "Go hard or go home"  here. The "Route to Christmas" feature is back for another year at World of O. See Day 1 here. Orienteering in south Wales at Easter? Entries to the 2014 Jan Kjellstrom O-Festival in the Brecon Beacons at Easter have opened. See details here. The JK is Britain's biggest competitions, with sprint, two day's individual and a relay over the Easter weekend.

Finally, the sad news that Nuala Rothery, wife of Seán and mother of former Irish Champions Eoin and Colm, died recently after a short illness. Seán, one of the founders of Irish Orienteers and of the IOA, and designer of the original IOA logo, is still orienteering in the M85 class whenever it is provided (well done, Frank Ryan for having the class at the Connacht Championships). Both Eoin and Colm are now based in Australia but are still active in orienteering, Eoin having embraced MTBO as well as the running variety, and is a regular reader of TIO and was a frequent contributor in earlier times, as can be seen from the TIO archives here. Our sympathy goes to Seán, Eoin, Colm and Fionnuala and their families.
Posted by John McCullough at 21:51 No comments: