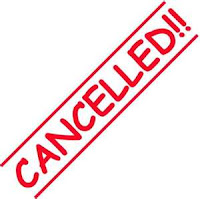 Due to the severe weather, the 3ROC Xmas Score event on St Stephen's Day has been put back a week to Sunday 2nd January 2011. The situation will be reviewed closer to that day if there are still travel difficulties.

The NWOC Christmas event at Ballykelly Wood has been put back to Monday January 3rd.

No news about Currabinny or Ballincollig Park on December 27th, but check with the organisers before you travel.

Some of the Goal Mile runs on Christmas day have also been cancelled (Belfield in Dublin for one).

Still, if you can make it outdoors over Christmas, you could try a permanent O-course: download the maps at coillteoutdoors.ie

In the meantime, Happy Christmas!

The annual TIO preview of interesting 2011 competitions is in preparation. If you have any suggestions (Greenland, anyone?) please e-mail theirishorienteer@gmail.com

John McC.
Posted by John McCullough at 14:16 No comments:

Bothered by the weather? Just get your O-shoes on and get out running. You'll be the fastest, safest people around ...
December Events
Check that the event is on before you travel!
With an eye on the weather, the fixtures plans are for the final Leinster League race of 2010 at the Curragh, Co. Kildare on Sunday December 12th, preceded by the first Dublin by Night event at St Anne's Park, Raheny on Tuesday 7th. Maybe there'll be a special Ski-O class at these?
WATO's event at Carrickbyrne on Sunday 5th has been cancelled and the Curragh event has been put back to the 12th because of the snow but with a small-scale mass start score event on the Curragh at 12.00 on the 5th if you want a run..
British course planning guru Graham Nilsen is due to give a course planning course on Saturday December 4th in Bewleys' Hotel at Newlands Cross in Dublin and there are still a couple of places available.
Later in the month the final Munster League event is scheduled for Kilworth on the 11th; more local events in Munster are listed on the fixtures list here. For NIOA events see here.
Connacht Championships 2010
Western Eagles ran the Connacht Championships at the end of November, returning to Portumna forest on the banks of the Shannon in Co. Galway. The snowfalls affecting coastal areas gave Portumna a miss and conditions on the day were cold and dry. The forest is an unusual one - flat and largely runnable with a network of roads. The map had a somewhat unusual colour scheme (dark browns and purple-blues) and variable readability. Looking at the 1996 Irish Relay Championships map of the same area showed that clarity has been lost in the current, computer-produced version.
Yet again, one has to marvel at how the handful of orienteers in the west can keep the sport alive, and full credit to Frank Ryan and the other WEGO members for running the event. Nevertheless (at the risk of being branded overcritical) more use could perhaps have been made of the area by adding butterflies and loops in the most interesting parts of the forest, instead of so much road running, though there may have been other factors and constraints on planning that the competitors were unaware of.
The men's course of 11.3 km saw Cork's Marcus Pinker take top spot in 68.33 from 3ROC's Ger Butler and CNOC's Ruairi Short, in a field of 15 finishers. Sharon Lucey (FermO) won the 9 km W21 Long course in 79.17 followed by Niamh Morrissey (DFO) and Ruth Lynam (CNOC).
Closest finish of the day was in M18 where Cillín Corbett (CorkO) had a mere 9 seconds to spare over GEN's Laurence Quinn.
Full results are here.

Christmas Presents
Looking for ideas for the orienteer in your life? How about a new, faster SportIdent card for shaving those precious seconds off your orienteering times? See here for details.
What about a new pair of O-shoes? You can try on a pair at any event attended by our own Pat Healy. Contact Pat at healy.pat@gmail.com
Carol McNeill, multiple British Champion and World Champion team member, has written a new book on orienteering: Orienteering Skills, Techniques, Training. Carol works as an outdoors instructor and has vast experience of coaching and competition. STG£7.99 + postage. Details here. [In a previous book of Carol's the gremlins got to work and produced something along the lines of "Running through the forest and finding the red and white controls never ceases to lose its appeal", which is the opposite of what she meant!] 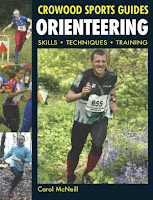 If you want an outdoors book, have a look at "Terrain Training for Off -Road Runners" and "An Introduction to Trail and Fell Running" by Kevin Shevels. (Details here). The web site also has esoteric books on uphill and downhill running techniques, and navigation for off-road runners.
Thinking of taking in a major event but don't want the hassle and expense of travel? Treat yourself to Easter 2011 at the Jan Kjellstrom O-Festival, coming to Belfast and Co. Down in April. Enter from one to four days of competition here. See jk2011.org.uk for full details. Take in the Trail Orienteering, and then the colour events and training in Louth and Wicklow to bring you through to the Irish Championships in Wicklow the next weekend ...
At a loose end over Christmas? There's orienteering at Three Rock Wood, Dundrum, Dublin on St Stephen's Day; at Currabinny Wood (Cork) and Ballincollig Regional Park (Cork) on the 27th, and there may be some hill races around then too. Not to mention the Goal Mile runs, mostly on Christmas Day. (Details here).
Or how about a subscription to CompassSport magazine? Britain's national orienteering magazine, edited by Swedish-based Nick Barrable, has an increasingly international flavour. Details here.

Remember when orienteering was known as the Forest Sport? Maybe that was before photogrammetry allowed us to map complex open areas and we moved out of the trees. Coillte, the state forestry organisation, are doing their best to entice us back into the woods, by cooperating with local orienteering clubs to instal permanent orienteering courses in state forests around the country.
Five areas have been set up in the Dublin area, jointly between Coillte, O-clubs and the Dublin Mountains Partnership: Hellfire Wood, the adjacent Massy's Estate, Carrickgolligan and Barnaslingan IKilternan) are already operating and Ticknock (Three Rock Mountain) is about to go live. Other POC's are at Avondale (Wicklow), Farran (Cork), Lough Key (Roscommon), Donadea (Kildare) and Currah Chase (Limerick) and more are in the pipeline. There are more than twenty POC's in Northern Ireland, according to the British Orienteering web site, but they have to be bought on site rather than downloaded in the comfort of your own home.
The beauty of these POC's is that you can now download the course and map from the Coillte Outdoors website and just go orienteering - it's ideal for families, anyone wanting a training run, schools and scout groups, for example.
There have been POC's before, but the internet had revolutionised them so that you no longer have to seek out the local shop or forest office to buy a map, and the clubs can keep the maps up to date easily.
Some of the courses have an educational nature walk element built in, to appeal to schools and a wider public.
So some day when there's nothing on, head for the hills and persuade your schoolmates, work colleagues or neighbours to have a go!
Details on the coillteoutdoors.ie site


Junior Training
The final Junior Training session of 2010 took place in the complex moraines of Knockbarron, near Kinnitty, Co. Offaly on 27th November, with squad members from Ulster, Leinster and Munster taking part. Organiser Ruth Lynam drafted in the help of elites Marcus Pinker, Darren Burke, Colm Hill and Ruairi Short to help shadow the juniors and give them the benefits of their own experience. Colm scared them with his training diary (see it on the AttackPoint web site here!) but they all coped well with the technical challenge of the 2-metre contours and the range of exercises ranging from compass work to a line event (following a wiggly line on the map to see if you can find the control)s, finishing with a gut-busting relay. At least it warmed them up a bit! After a night in the (aptly named, considering the weather) Birr outdoor centre the group took in the Connacht Championships at Portumna on the second day.

2011 World Championships reminder
Intention forms and selection policy guidelines are now available for next years World Champs in France.
All seniors who intend to take part in the WOC2011 selection process should complete the intention form and return to Ivan Millar at elite@orienteering.ie before December 31st.
All Irish seniors are urged to take part in the selection process whether they have WOC ambitions or not. Being a part of the process exposes you to high level and exciting competition and can really improve your orienteering in many different ways.
The documents can be downloaded from the new Irish WOC2011 blog here
Ivan Millar (High Performance Director)

Marcus Geoghegan writes "There is a little used feature of Ór (the orienteering software package developed by Ajax's Martin Flynn - Ed) called "live results" which automatically sends up-to-date results to the web every two minutes. Anyone with a web browser can see the competitors’ times as they come in, anywhere in the world. If you have a phone with a web browser (most of them do) then you can see the live results at the event.
If you were at Ajax’s recent event in Marlay Park you will have seen a square symbol on the bottom of your splits sheet (example at http://tinyurl.com/3x69fnt). Mobile phones scan these Quick Response (QR) codes and are automatically directed to a website. They are becoming commonplace in outdoor advertising and in magazines as a fast way of directing a phone to a product or event website. There is a QR code reader available for most camera phones; you don’t need a fancy smartphone for this to work.
Putting these two technologies together (Ór live results and QR codes) means that anyone at an Ajax event can use their phone to scan the QR code and instantly see the results as they happen (or you can type in the web address if you don’t have a QR code reader on your phone).

Switching-on online results in Ór is easy and it will automatically tell you the web address for the online results. Of course you will need to have an internet connection on your event laptop, but most events nowadays have mobile phone coverage so you can use a broadband dongle.
Generating the QR code to display at your event is also very easy – try this one: http://qrcode.kaywa.com here.
Yes, even more technology to mess up your nice day out in the woods…
Posted by John McCullough at 00:45 No comments: