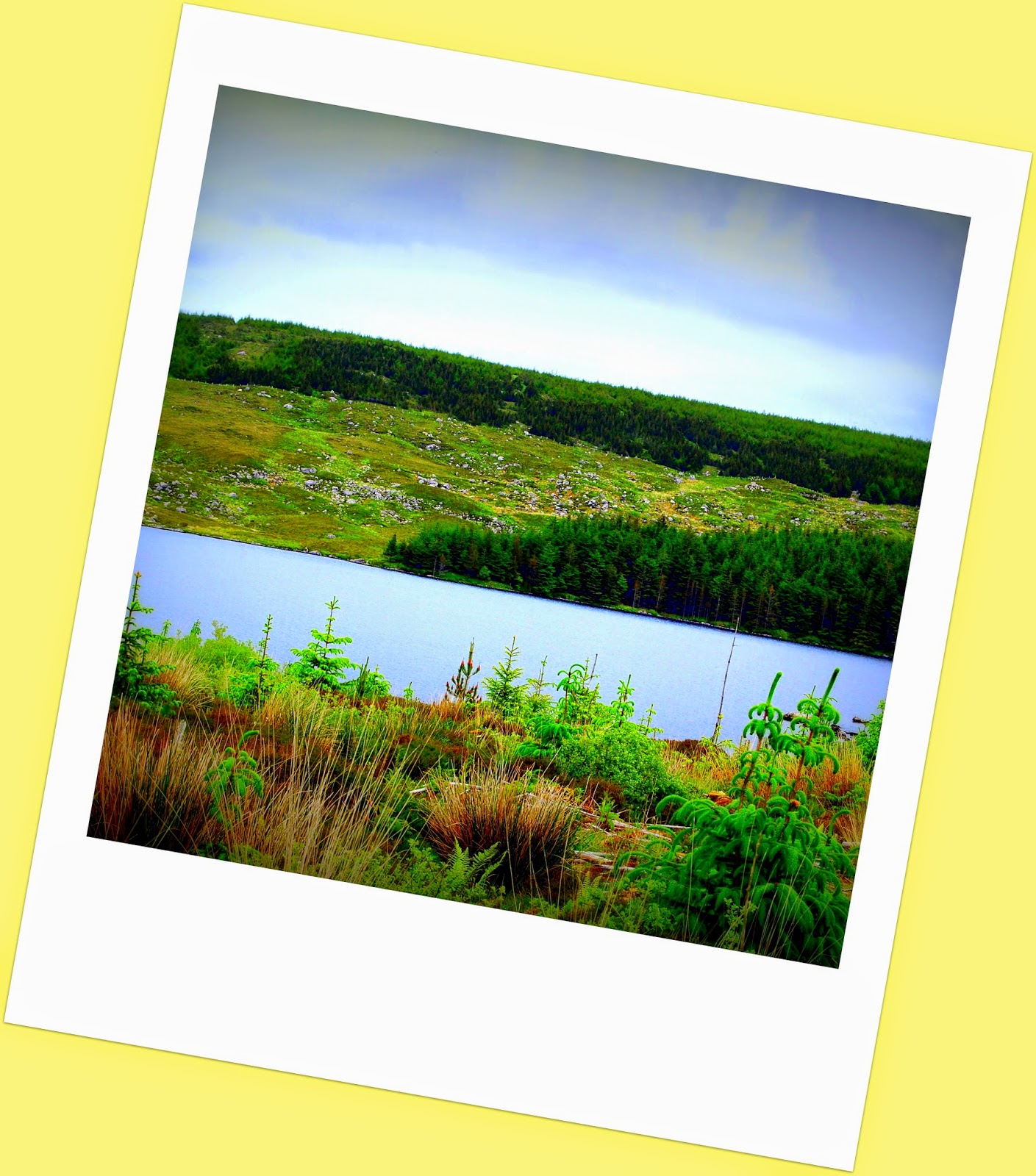 A Scandinavian scene: a calm lake, with forest running down to the edge, sunshine, open mountainside strewn with boulders, a cuckoo calling in the distance, clouds of voracious midges in the still evening air … orienteers lining up to start in one of the country’s most prestigious events … Are we sprinting in Sweden? Navigating in Norway? Disporting in Denmark? Actually, no: we’re orienteering in Oughterard at the 2014 Irish 3-Day in Co. Galway.

Yet again the handful of orienteers west of the Shannon put in a major effort to run a top class competition for us: the extended Ryan and Duff families with the help of a few others (Martin Flynn, Padraig Higgins, Paul Dunne and Pat Healy) laid on an ambitious three days of orienteering for the hundred and fifty lucky people who entered - disappointing turnout, given that the effort for the organisers is pretty much the same whether it is 150 or 300 entrants.

Two Swedes, Simon Svensson and Josefine Carlsson, took the top spots in the M and W21 Long classes, despite Kevin O'Boyle's blistering run on Monday, while many of the Irish elites were away in Italy for the World Championship selection races the same weekend.

Some of the area to the north of Lough an Cogair had been used for last year’s Irish Championships but we approached from a different direction this time, so we weren’t bussed to the area and could park not far from assembly. The organising team showed remarkable economy in having the same assembly area and parking each day, the same last control and finish on the first two days, and a start and finish close by on the third day.

Saturday afternoon had a middle-distance event which basically amounted to circumnavigating the lake in an anti-clockwise direction. The longer courses had a section of forest to start with before emerging, blinking, into the light where the bouldery open mountainside started; the shorter courses had a longer walk to the start but had no orienteering in the forest. The midges, however, did not discriminate between the two starts.

The early forest was actually quite interesting, with closely-spaced moss-covered trees reducing visibility, and widespread moss and vegetation-covered ground and boulders. A controversial control situated on a stream caused problems for many people, with further confusion introduced by an unexplained hand-drawn line on the map in the same area: was it a road? a ride? a fence? Post-race analysis came to the conclusion that it was another stream close to the one the control was on, though it should have been marked and explained on the maps in the start boxes.

The Sunday event was a classic distance race starting close to the finish of the previous day. No trees today, but lots of boulders. I don’t think I was alone in having difficulty in relating the boulders on the map to the ones on the ground – in the terrain the boulders could be several metres high but these weren’t always clear from the map. The terrain was reasonably runnable and the climb wasn’t too severe.

Monday’s chasing start (where your start time is basically calculated by adding together your times from Day 1 and 2) went off smoothly, with the course leaders starting at 10.00 am. Some fast and furious racing with lots of changes of direction on the longer courses, not too much climb and a nice breeze, brought the runners home happy.

The strain of running an event like this, in quite technical terrain and with such a small number on the organising team, did begin to show this year: there were some issues about the accuracy of control placement and the overall accuracy of the maps which were negative features of the weekend, but overall the event was a positive experience for the competitors and we did express our gratitude to Frank Ryan and the other members of Western Eagles for staging the event. However, if only 150 people are going to come to an event like this, it does demoralise the organising team. Admittedly, there were several repeat visitors from abroad who come to enjoy the Irish orienteering experience again and again, and they were as usual very positive about the event. This year it also clashed with the British Championships, reducing numbers further. SSome additional promotion and marketing of the 3-Day, whether it’s in Connacht or Munster, might bring the numbers up to a level where the event would be financially viable and it would be possible then to do some professional remapping or correcting of the maps to make them above reproach.

See photos of the event here. For results of the individual days see the IOA results pages here.

In previous years the 3-Day Shamrock O-Ringen, spearheaded by Cork Orienteers, has run in the years between the WEGO events, but I understand that no firm decision has yet been taken about the Shamrock next year. It's a lot of work for the organising club, but a lot of fun for the competitors ... 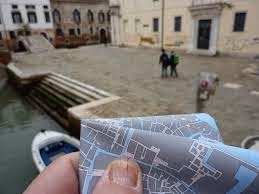 While we were running around Co. Galway, the aspirants for the Irish World Championships team were at the selection races in Italy. You can see the team selections below - congratulations to you all!
The WOC is in early July, largely in the alpine forests in the mountains about 2 hours north of Venice, but with a sprint race in Venice itself. The 5-Days of Italy is being run in parallel with WOC and has attracted an entry of about 1800. See the WOC web site here.


Some interesting analysis on World of O into the bunching in the middle distance and classic races in the pre-WOC Italy when the start interval was reduced from 2 minutes to 1.5 in the middle and from 3 minutes to 2 in the long. This is an International O-Federation initiative to reduce the total length of time the competitions take. Read about it here.

Tollymore O-Festival
Another action-packed weekend of orienteering is being offered by LVO in Co. Down on June 20-22nd, starting with an urban race in Newcastle on Friday evening, then a colour event incorporating the LVO Club Championships at Donard Forest on Saturday, then Pre-O (a.k.a. trail orienteering) and junior training that afternoon, plus the NIOA AGM and a barbecue, all on Saturday. On Sunday there's a sprint relay at Tollymore.
Camping is available in the beautiful Tollymore Forest Park, in a special field for orienteers, from Thursday, and there's an NWOC evening event at Drum Manor, Cookstown (admittedly, not at all close to Tollymore) on Thursday evening. More details here. Enter at Fabian 4 here.

Summer evening events in Leinster will continue on Tuesday evenings right through to mid/late August, the first fruit of the revitalised Leinster O-Council. See full details on the IOA Fixture list. After then CNOC series, there will be events run by GEN, Fingal, Ajax and 3ROC, at least. The Cork Orienteers Tuesday evening events continue until July 22nd, while the LVO WEE ("Wednesday Evening Events") run until 27th August.

Take a break from the World Cup on Saturday 14th June and watch the Jukola overnight relay live on the internet. Starting at 9 pm Irish time, the 16000 runners on 7-person teams will run through the night at Kuopio on Europe's biggest inland island. Follow the action here. (In all honesty, it does get pretty damn dull after a while, but the mass start is great and you can drop in and out from time to time!)


HI Time again -  the Home Internationals are calling once more, starting with the Juniors (M&W 14/16/18) at Oban in Scotland on August 30/31, just when you were all safely back at school. See details here. The Veterans (M&W 40-65) are in Wales, in the Forest of Dean, on 13th/14th September. Details here and here. The Senior event (M&W20/21) is in Scotland on October 18/19 in Deeside as part of the "Race the Castles" series - details here and here. It's very unusual to have two HI's in the same country in the same year.

JK Report: falling into the "better late than never" category, I did a report on JK 2014 at Easter in south Wales but it has vanished into cyberspace so I'll have to do it again when I have time ... unless someone out there will do it for me?
Posted by John McCullough at 00:52 No comments: