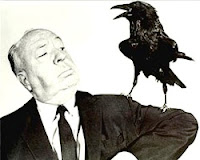 The birds have started to sing, which is a sign of spring, but they also bring bad news for orienteers. Breeding birds of prey in the only forest section to be used on Slieve Croob at JK2011 and on the area for the Classic race at the Irish Championships have caused access problems. However, all is not lost: some judicious replanning of courses will be necessary for the Elites at the JK but the effects on Ajax's IOC are more serious so the competition has been moved to Brockagh Mountain/Mall Hill , near Laragh in Co. Wicklow, courtesy of GEN.
It's  easy to be wise after the event, but perhaps the name of the IOC area, Carraig Na Seabhac ('Rock of the Hawks') might have given a clue ...
Full details of these changes can be read at the IOC web site here. For details of JK2011, see here. JK entry fees increase on Sunday 27th February.

The Twelve Days of O

There's a great opportunity for orienteering between Easter and the May Bank Holiday weekend, with  twelve events in twelve days, or even more if you take in the String course and o-maze at three days of the JK!

There are also two fell races in the Mournes on the two Thursday evenings and a pre-IOC training event is planned at Scarr, near Laragh: more details later!

Have you entered the JK and IOC yet? There are almost 200 runners entered for IOC and more than 1700 for the JK. With all the on-line entries, it's easy to overlook one (like the Munster Championships, now on the magnificent sand dunes of  Inch, Co. Kerry (see photo) on March 6th, and the Leinster Championships in Glencree, Co. Wicklow, on April 3rd. - cheapest entries to March 7th.)

Other interesting events coming up include some mountain-bike orienteering in Munster organised by CorkO on 26th February in the Nagles Mountains, near Fermoy, and on 19th March (at Clonmore North, Cahir).

Meanwhile, Setanta's Seán Hassett is trying to coordinate Leinster fixtures for the rest of the year. He hopes that there will be some MTB-O events in Leinster too.

The Northern Ireland Night Championships will be in the University of Ulster, Coleraine on February 19th - remember the IOC Sprint race last year?

In Leinster, Fingal again push the envelope northwards with an event on February 20th at Derrycassin, Co. Longford, a companion for their maps in Meath, Cavan and Monaghan.

For Elites and aspiring Elites, Ivan Millar's Long-O series continues at Carlingford on February 27th and Tollymore/Meelmore on March 20th. These races are only for experienced and fit orienteers who need to get practice running on 1:15000 scale maps, although a shorter-but-still-difficult course will also be available.

On the subject of aspiring elites, IOA are running a Junior Squad Training Weekend  in Leinster on March 12/13, with the uausl gut-busting time trials in the Furry Glen in Dublin's Phoenix Park on the Saturday and Ajax's Bull Island event in the subtle sand dunes on Sunday. Unfortunately the Saturday clashes with the All Ireland Schools and Colleges Cross Country Championships, also in Dublin.

On March 26th the NI Score Championships will be run in the Lagan Valley Regional Park in Belfast.

More to follow ... Incidentally, the movie theme (The Birds; Ryan's Daughter - filmed at Inch) in this edition is coincidental, but can anyone think of some more movie references relevant to orienteering? Lost? A Walk in the Sun? Maybe "Gone with the Wind" when all your controls blow away? Dumb-O? Into the West? Send them in!
Posted by John McCullough at 23:51 No comments: